Us people, we bear the cross.

A weight, ourselves have caused.

what use, to stop and pause?

No use at all, as we endure

Endure we must, to be secure

One trait exists, it weaves within,

reveals itself as pure.

Security, in love or sin,

wins both by peace and war.

war is much the same.

or freedom’s fight, ourselves to blame. 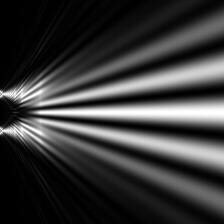 It only matters if I’m looking.

Close my eyes, just me, nothing.
Sometimes, I feel my eyes burning.
They have control that they aren’t yearning.

If I close my eyes, the things they would see, still happen.

Things, without my eyes piercing.

Things, not knowing my eyes be looking.

Having not pierced those things, they be, undetected. Those thoughts continue, undisturbed and unaffected.

Charity is, a characteristic,

with power in reality.

prevails in those who risk it.

for charity, for happy days.

But charity, that characteristic,

is born from life’s statistic.

As sure as we’re to suffer,

well, charity is our lover.

See when you suffer,

you create, the joy of charity.

And should you find yourself at peace,

’tis not long ’til, some poor soul weeps.

Charity is, a characteristic,

with power in reality.

prevails in those who risk it.

for charity, for happy days.

But that what charity does present,

diminishes all it represents.

And that what charity does consist,

glows brighter when the plight persists.

And when that plight begins to fade,

Can’t be true then, that what is right,

is only that what, exists in light.

I don’t think this all means nothing, and getting to this point is precisely the reason why I think this.
The will to survive has taken us on an extraordinary journey, in the physical sense and in the conscious sense.

Consciousness being an extension of the physical self, which is itself physically created, however we cannot comprehend it, because it is comprehension.

Thought is an energy by product of neurotransmitters and physical pathways in the brain. Thought can be determined by deducing the possible outcomes of the energy created in a brain under specific controls. Background information is required in order to understand the structure of that persons brain given the environment that they have developed in. But I’m sure presumptions can be made in order to predict quite an accurate outcome.

An analogy that might go some way to support this idea is that within our bodies similar processes are occurring all the time that we give no such regard to as we do thought. For example heat generation through the process of respiration. This is a biproduct of mitochondrial activity in our cells which escapes into the outside world. It is not of physical essence.

Back to my original thought…
An explanation of human consciousness often reverts back to religion, or a creator. Which works pretty well from a survival perspective because it creates, or provides purpose for morality and also fear. Diminishing the harsh animalistic natures that only consider the basic needs of the body. Thus encouraging an environment where the collective recognise their potential. The idea of a creator keeps the animalistic instincts at bay during this period of growth. But that is all it is doing, keeping them at bay, which quite frankly means that there is not a creator of the kind we imagine because otherwise why would this diminished attitude towards individual survival have come about?
The predicament we now find ourselves in is that the very thing that has softened our attitude to others…created our consciousness…is also the thing that continuously demonstrates itself to be the rational or ‘logic’ for a return to our animalistic instincts.
This observation quite clearly solidifies the belief that religion is a product of consciousness, consciousness is a product of survival; and when a product of consciousness fails to do what it was created to do, the consciousness attacks and adjusts its understanding of survival.

The problem we have is that the development of conscious beliefs occur over varying lengths of time and are isolated to various collective groups which means that the attack or shift in belief systems do not occur simultaneously amongst all peoples.
Under this premise it is easy to comprehend how irreconcilable wars are triggered if one group of conscious thought is at a different stage to another’s

So therefore I do not despair at the loss of a benevolent creator, because there was no such thing. In fact I live in hope that we are collectively moving towards a greater understanding of the purpose of survival. The will to survive is beauty itself and I don’t mind being part of that process, for whatever reason. It’s surely out of my control.

From a psychological perspective, we can look at how religion evolves over time and how the accepted norms of society and attitudes influence the way in which religious ideals and constructs manifest their objectives into the reality of that time. Take for example The Crusades – this movement grew out of a combination of the fact that Christianity teaches that it must be preached and all people should convert and believe in Jesus Christ; and of the barbaric enforcement of law at the time, and superstitions that stemmed from a lack of empirical knowledge about the world.

Now if we look at how Christianity has evolved, its principles are generally aligned to the standards of the society that it lives within i.e. fairness, equality and justice, albeit slower to adapt to changing norms towards certain subjects for example homosexuality and sex before marriage. The observation that both religion and society develop in correlation with each other, with society somewhat dictating the progression of that relationship, demonstrates in my opinion, that religion is a human construct, in the same way that society is, because they behave in the same way.

Religion is another type of government of people which takes on the role of providing standards in which to live by, but without the need for its teachers or subjects, to be held accountable for its effectiveness. This feature of religion; the idea that standards are not derived from humans, but from a higher source, is really just a divergence from man-made politics which has occurred to strengthen its appeal and success as a doctrine to live by. This divergence from man-made rule to religious rule has created a very effective defence mechanism in that religion is, on the whole immune to revolution, up-rising and critique by its followers because it just exists and cannot be changed. The only choice we have as individuals is to make a personal decision as to whether you wish to follow it or not.

It is clear therefore to see how the instrument of religion can be used to convince people to believe in anything, because the evidence to support its existence and its laws are not created by humans. People are always sceptical of laws and systems created by humans because we are much too aware of our own flaws when it comes to acting altruistically. A model which its principles have not been designed by humans automatically eliminates any untrusting sentiment in its purpose and effectiveness, which in a human construct would provide the trigger for change and revolution.

In some ways the ‘God’ part of religion is just a bi-product of this transition from man-made to not man-made. Scientific exploration to prove God’s existence is a parallel pursuit taking place in isolation from practicing the principles that govern a system of religious belief. The principles have no scientific bearing; just in the same way humans design laws and systems to govern society. So what have I deduced from this, from a chronological perspective and presuming God’s existence is disproved, is the following:

You might say that they represent a fairer structure because since their creation there is little anyone could do to deviate from the overarching principles and objectives. Of course the purpose for following these principles becomes obsolete upon the realisation that there is no God, or at least the God in which it was designed to be based upon, but I think it may be possible to extract information about how society would develop if it were not influenced by an infinite number of human factors such as wealth, poverty, energy resources, medicine and technology to name a few. To recall my earlier observation about the correlation between the development of religion and society, it is clear that although they are correlated, religion lags behind society. Therein lays the clue to understand the triggers that have changed society and its laws and systems, and to what degree the religious counterpart aligns itself to this. Interpreting this data would be very complex because it cannot be taken as truth that the religious principles and standards are not also being manipulated by human intervention, but I think it is worth acknowledging that the foundations of that religion are unable to be modified to such an extent to enable them to be compatible with changing norms in society. This restrictive nature is the functioning of what religion was designed for in the first place…immunity from revolution. So by looking at the degree of separation between social/secular attitudes to a subject and that of its religious counterpart, the following can be determined:

Religion can provide insight as to what true human morality is. This insight does not need to be in any way driven by the religious principles themselves, but just dictated by the behaviour of religious development in relation to the constant (god-given) principle to which it fluctuates or modifies in reaction to a parallel secular development. True human morality can therefore be identified using this model as it can be accepted that a secular change in society is deemed to be a step in the right direction, if religious attitudes also correlate towards this new attitude, but not only this – it is particularly insightful of true human morality where the religious attitude is able to closely correlate with this change, even if this means altering their idea and understanding of the God-given underlying principle which is being affected. And as a more extreme interpretation, true human morality could also be recognised if the followers of a religion were willing to alter the purpose of a principle in order to dilute its literal interpretation by the society in which it finds itself. Many examples can be found of this type of dilution where literal interpretation of scripture has been softened in its application to be more palatable and justifiable within the present society.

I believe therefore that the nature of religion provides an important role in maintaining the accountability of man-made models of governance – not religion, but the nature of it. As discussed earlier, religion is a hybrid model of governance which works to limit revolution by its followers/subjects. If revolution or even small change is detected of its governing principles, in reaction to a change of attitude or law of its secular counterpart, the direction of this change is the pulse of true human morality.